Collaborative Installation with Michael Morris for Monstrous Couplings at University of Texas-Dallas. Curated by Andy Amato.

MM and NB: "We started with the Fourierist Commune that was here in Dallas in the mid 19th century called La Reunion. Thought a commune would be a nice way to frame a collaborative piece. Mike edited together some footage of the land where the commune once stood, as well as a few markers and memorials. We created cyanotypes that are intended to show various forms of measurement, both rational, an AU being rational, as well as a Meter, and more known, albeit less precise measurements based on the body such as cubits and feet. The two parts overlap in the sculptural element, lemons floating in piss yellow water. It is at once a record of the Cyanotype process, and a representation of Fourier's most cited idea of a lemonade sea." Dallas Observer by Betsy Lewis: 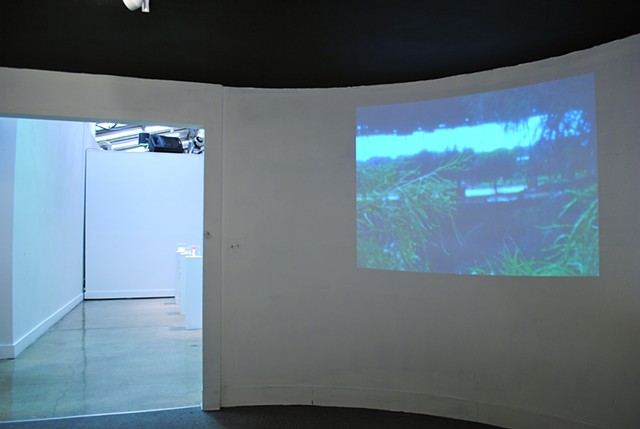 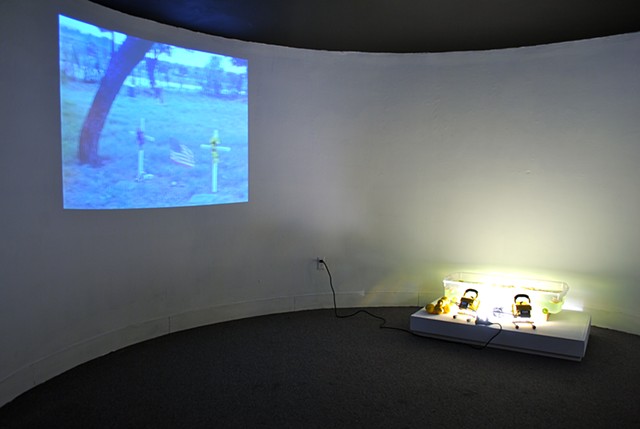 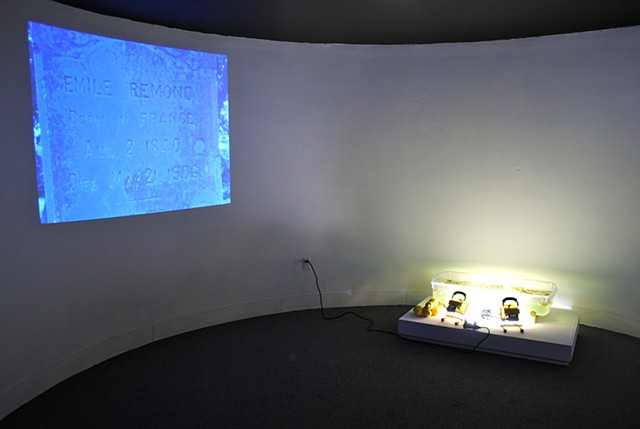 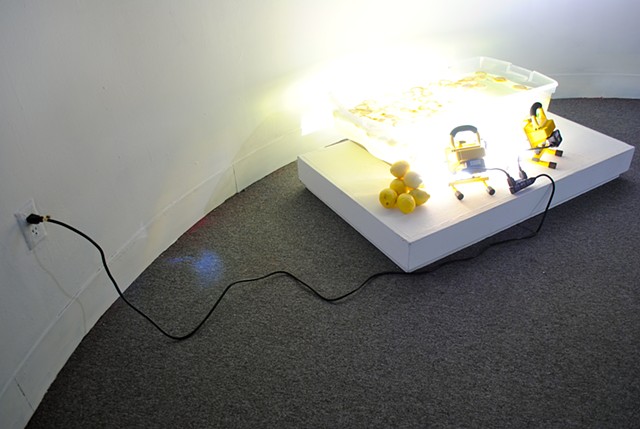 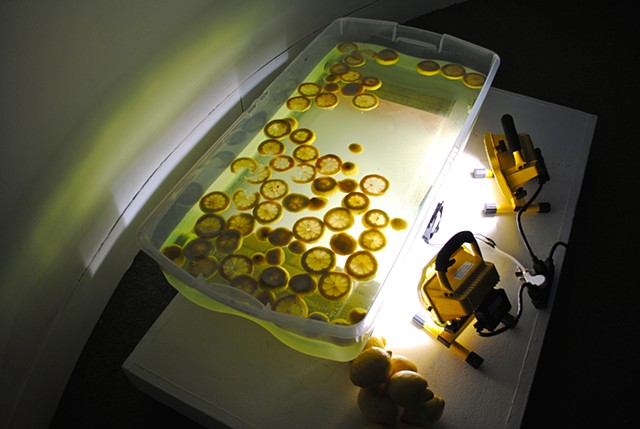 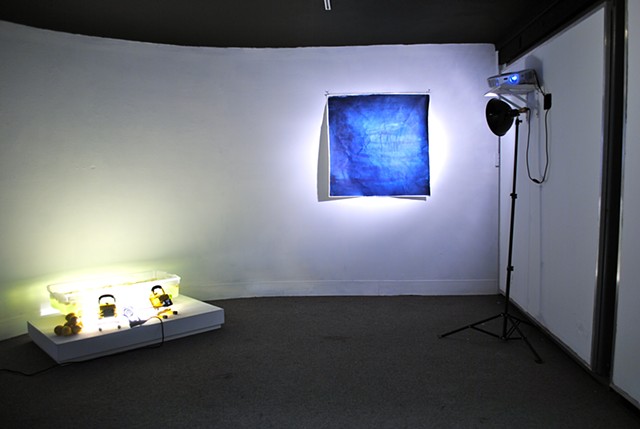 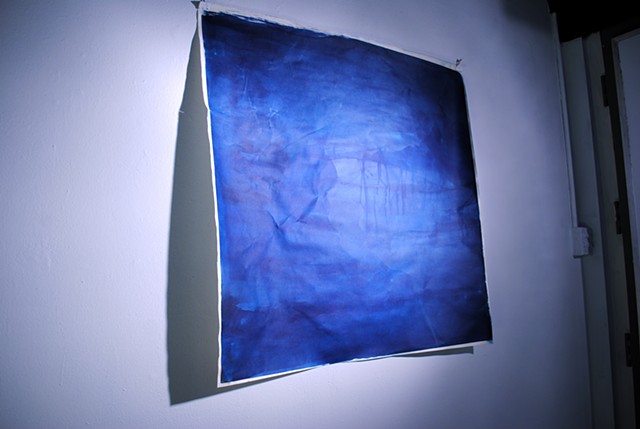 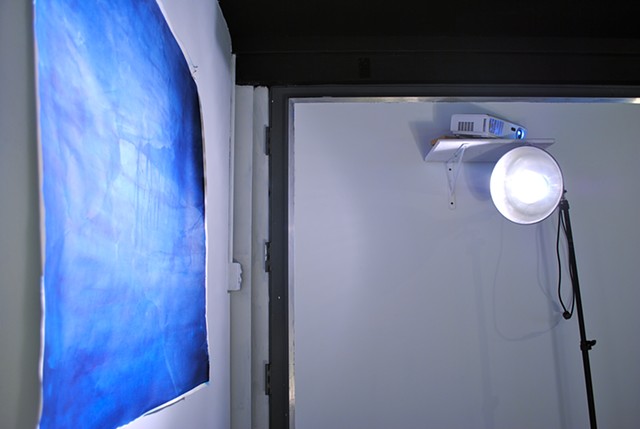 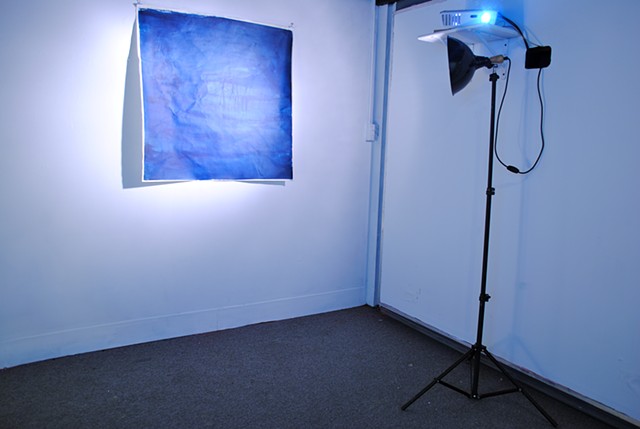 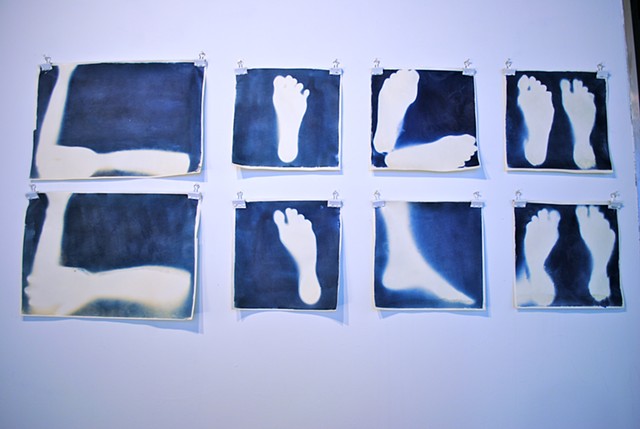 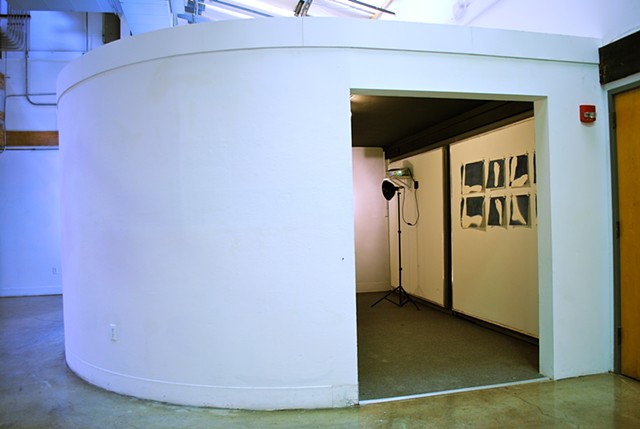